(I retain exclusive copyright of all photos on this blog)


Two months ago, we sold our home in Central, TX near Waco to take on a new adventure in Del Rio, TX courtesy of my employment. Del Rio is a border town, which borders Acuna, Mexico, two hours west of San Antonio, TX.

I know, I know, but you know, it is truly a nice little border town, where generally everyone is friendly and english is the spoken norm. It's got a Tex-Mex flair with a nice, laid back atmosphere. Life moves at a slower pace here, but that's not always a bad thing. I sure don't miss the perpetual construction and madness of I-35 through Central Texas.

Most of the businesses we are used to from our previous town are here, including Walmart, HEB Grocery, Home Depot, a number of chain restaurants, all the typical chain fast food joints and even a Starbucks.

There is also a good sized Air Force Base, and a world class Bass Fishing reservoir-lake that hosts major Bass Fishing tournaments televised on ESPN. The population of approx 50,000  is a mix of ranchers, Air Force personnel, government employees with various governmental agencies and other misc workers employed by regular businesses.

South Del Rio, near the international border and Rio Grande river is lush and green with giant oak, cypress and palm trees and looks very much like Northwest Florida complete with majestic and historic turn of the century homes and even a vineyard, the oldest in Texas. 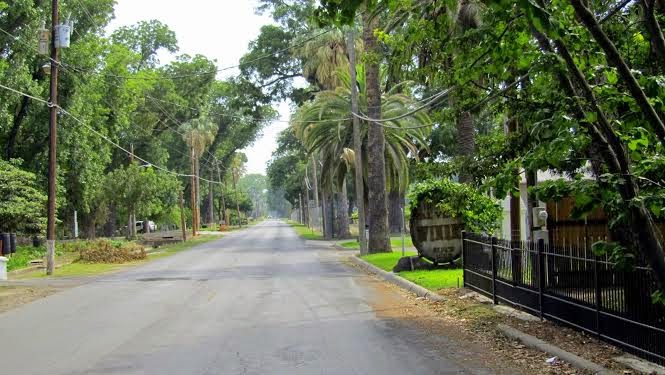 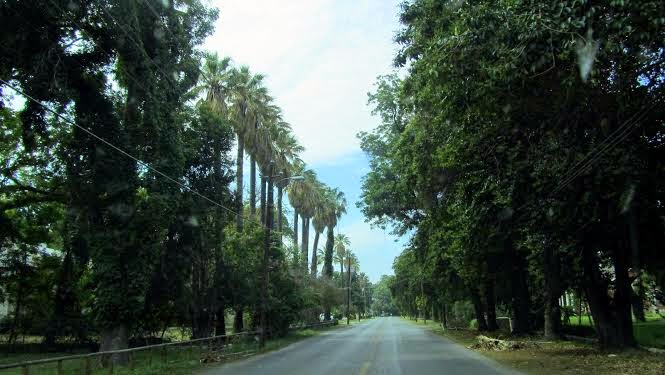 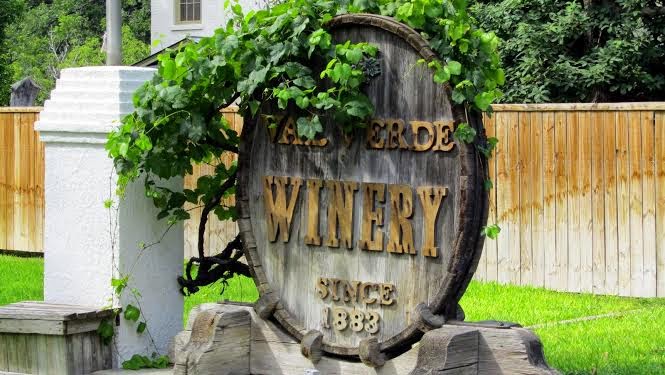 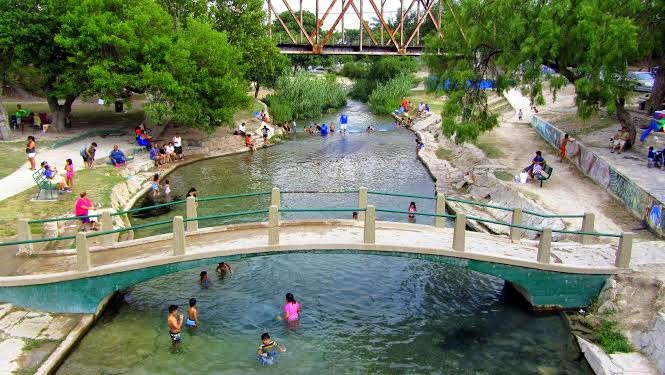 Anywhere North of downtown and the river and springs is much more "desert-like" and understandably so, because this whole area is part of the Chihuahuan Desert.

Generally, the weather is a semi-arid climate with subtropical temperatures and reminds me very much of Cuba, which I visited with the US Navy in Guantanamo Bay. The foliage varies, depending on where you are, but. mostly the area consists of desert foliage mixed with many different types of sub-tropical foliage such as palm trees and cacti varieties.

Lake Amistad is the biggest recreational draw to the Del Rio area. It is a big, sparkling, blue-water, limestone bottom lake which shares an international boundary with Mexico. It offers world class fishing and recreation and becomes a very popular place when the Bass Master Classic Tournaments are in session.

The lake is 65,000+ acres in size with 800+ miles of shoreline and depths over 200 feet. The lake is currently 40+ feet low as the area is in a bit of a drought,  but is by no means going dry as some places in the lake are still 180 feet deep. The lake cycles through low to high periods through the years and has since the dam on the Rio Grande was built in 1969 and was at full conservation level for several years through 2013. The US Army Corps of engineers manages the lake and has many boat ramps and marinas scattered across the lake which are at different levels to accommodate the lake level fluctuations. For example, when the lake is low there are certain ramps that are open, and then when the lake is full, those ramps are completely submerged and others are open to take their place. 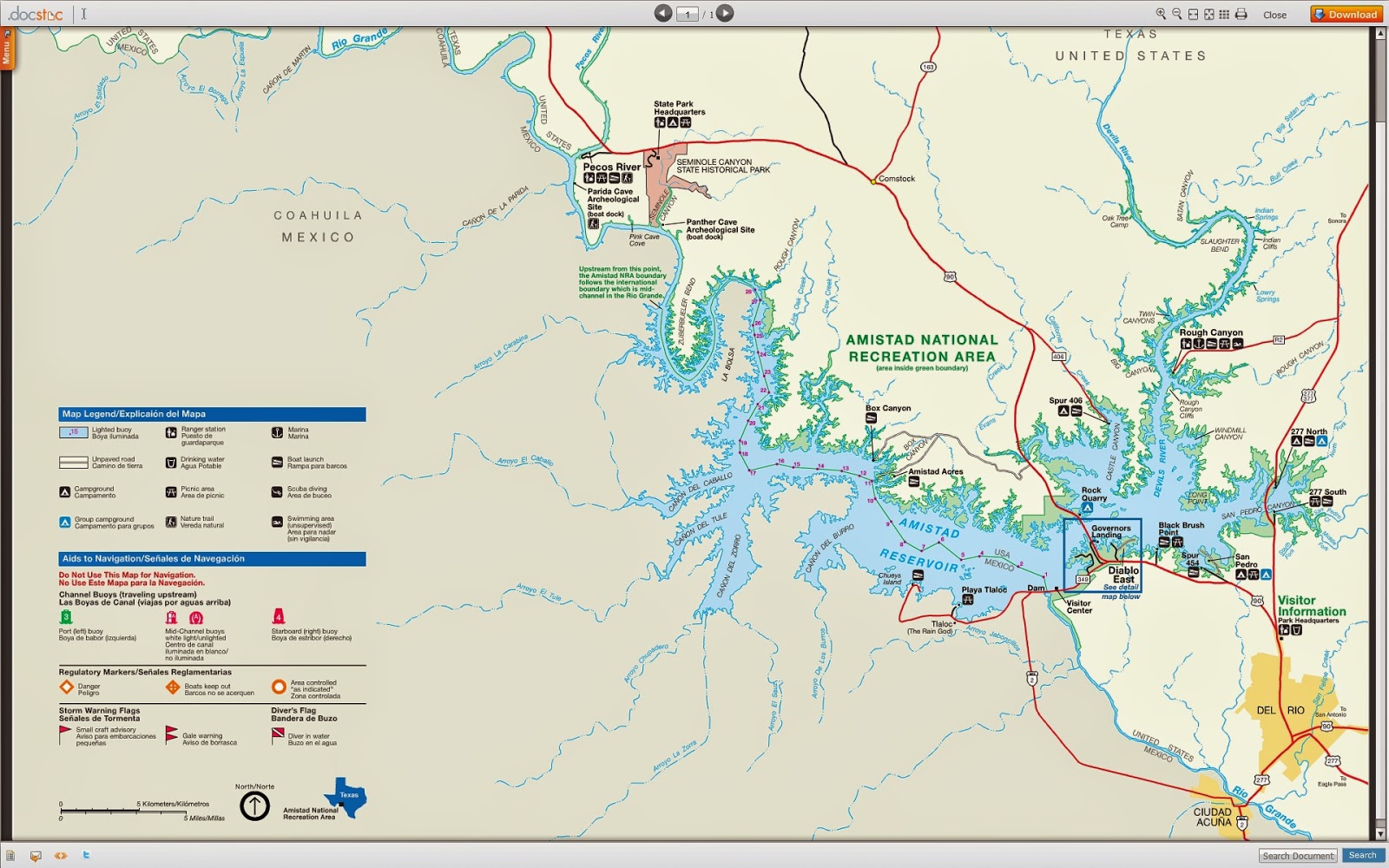 With 800+ miles of shoreline, there are endless coves, creeks and private beaches scattered across the across the lake and where the Devil's River meets the lake, the water is exceptionally caribbean-like clear and refreshing and a popular hangout-spot for boaters. 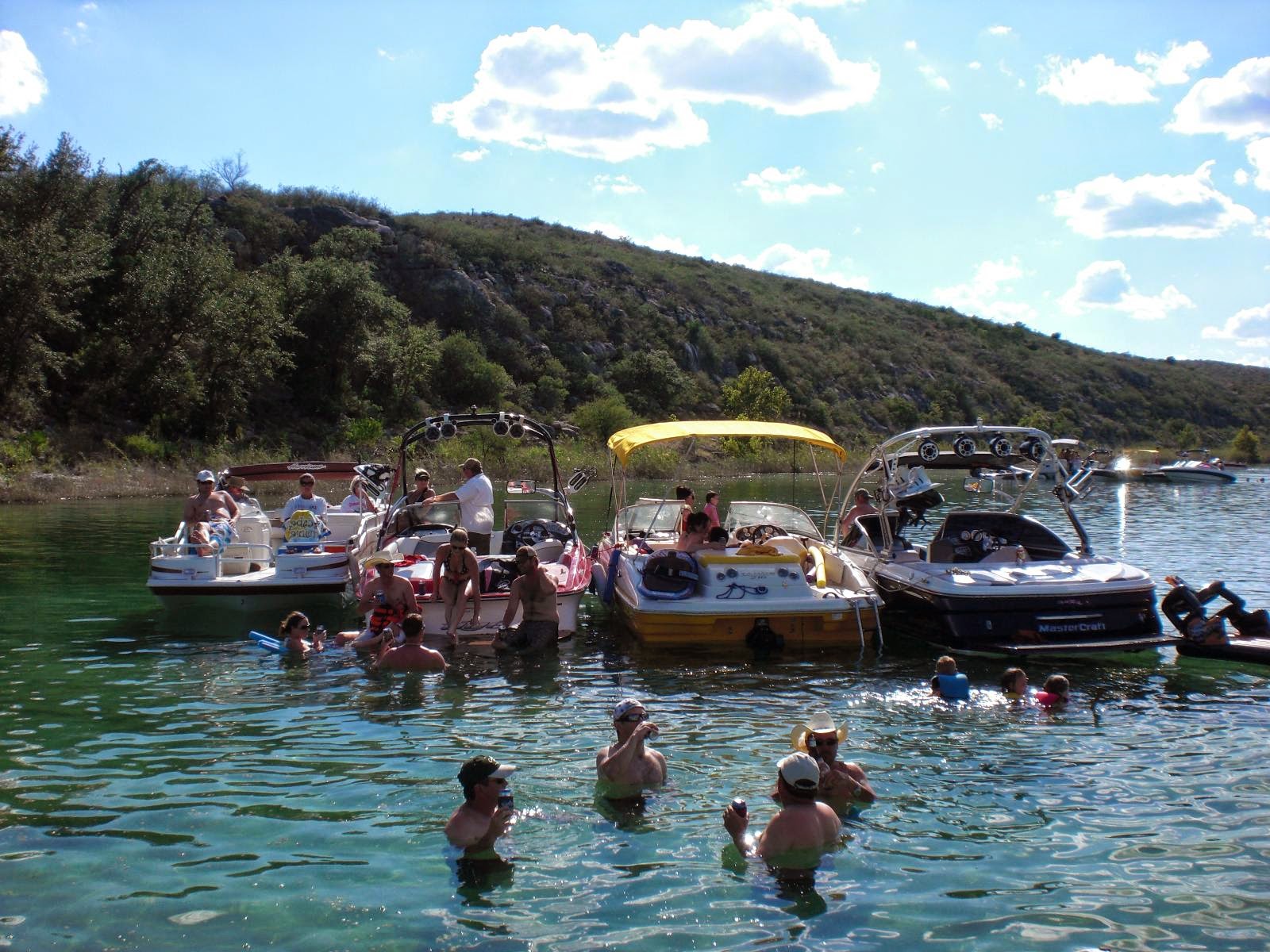 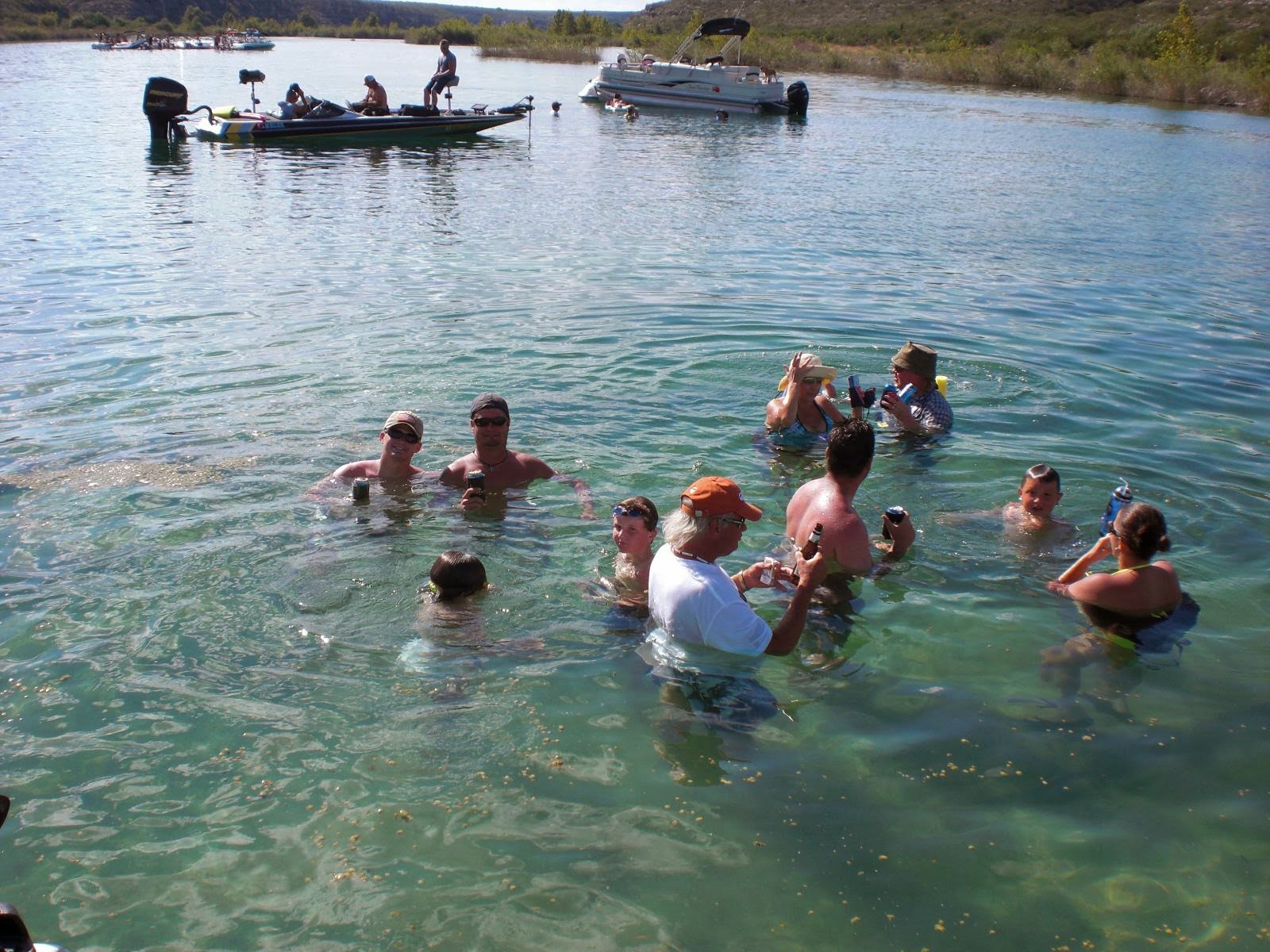 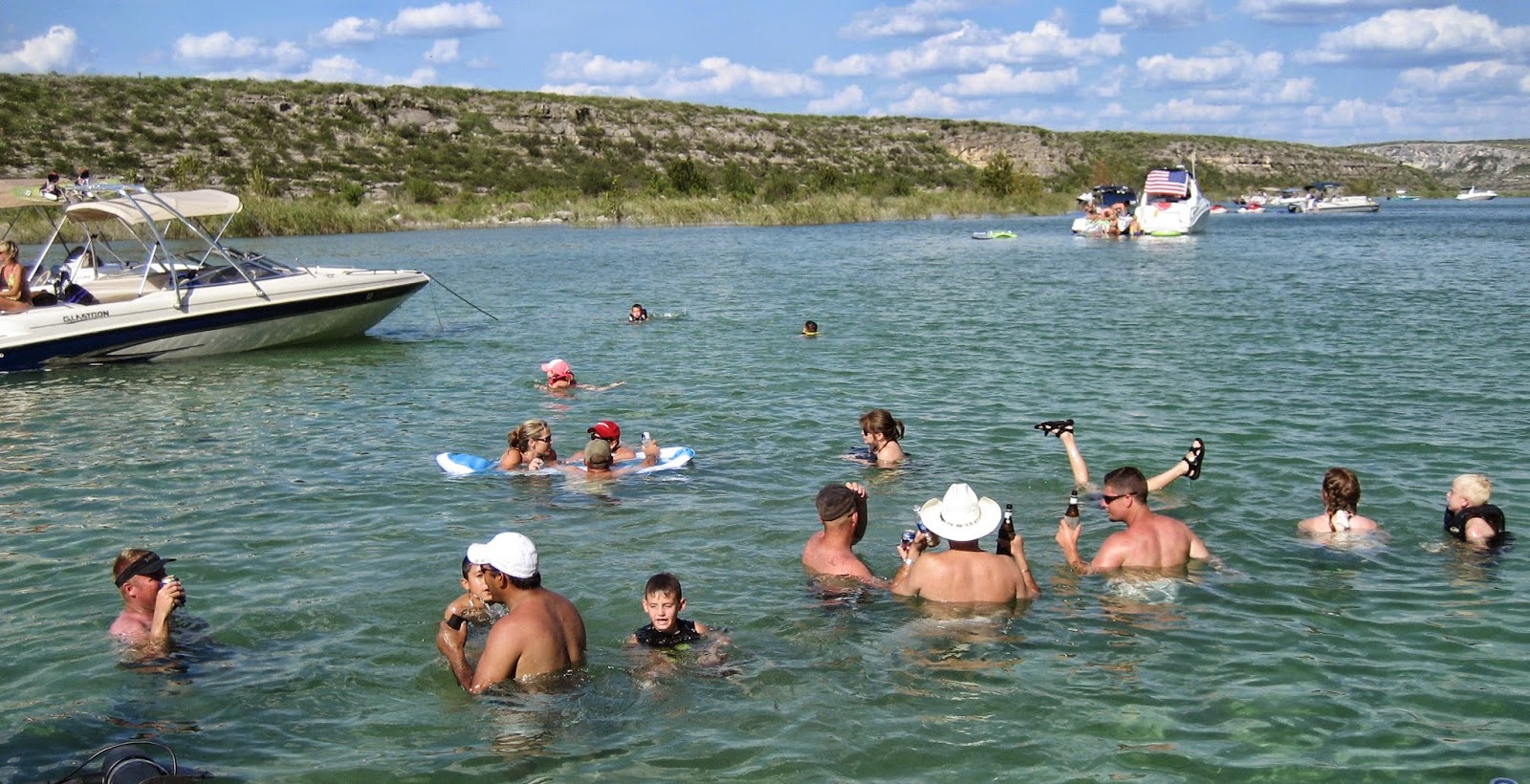 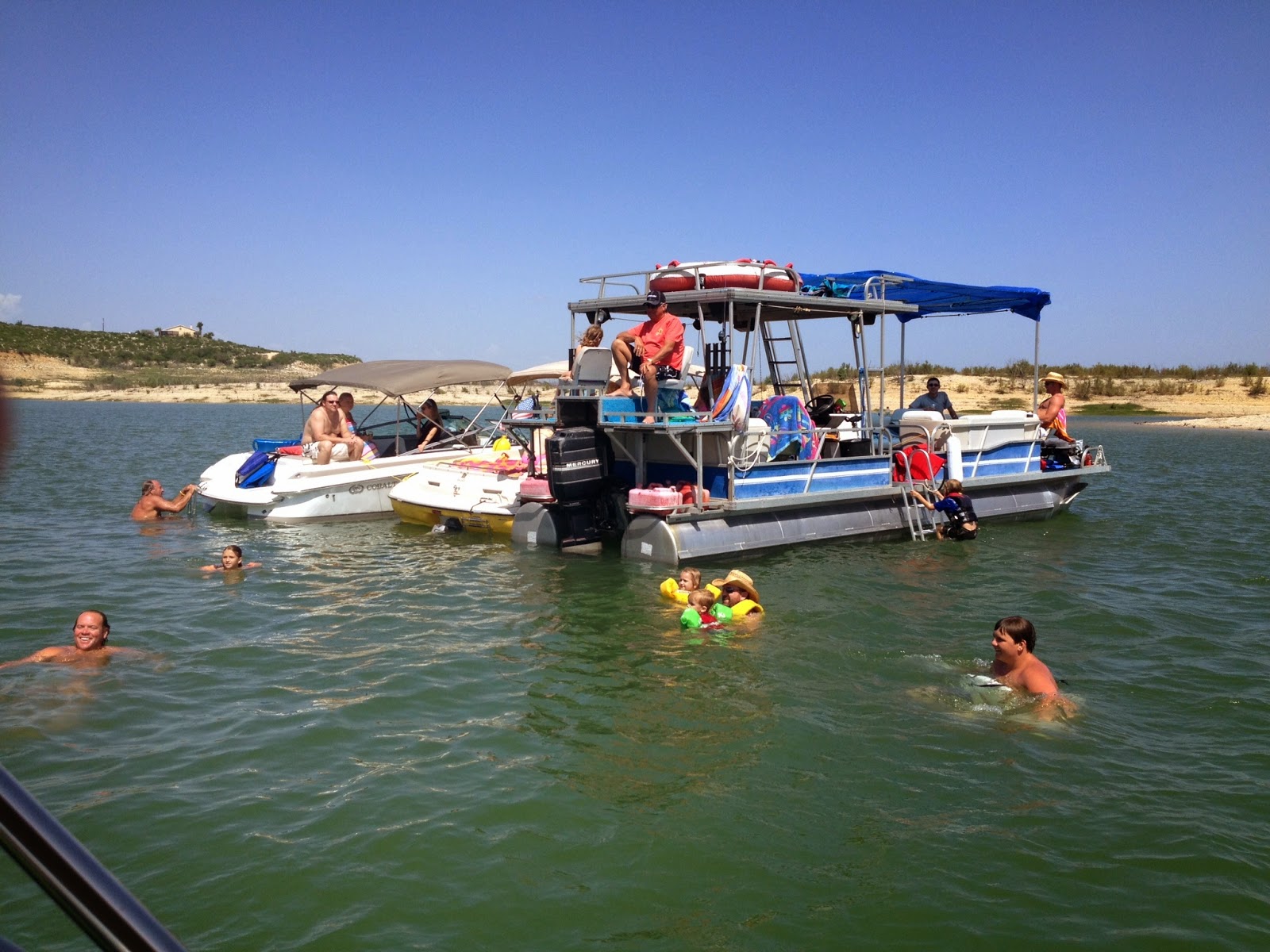 There are some great cliffs for some father/daughter cliff jumping for the more adventurous as well.. 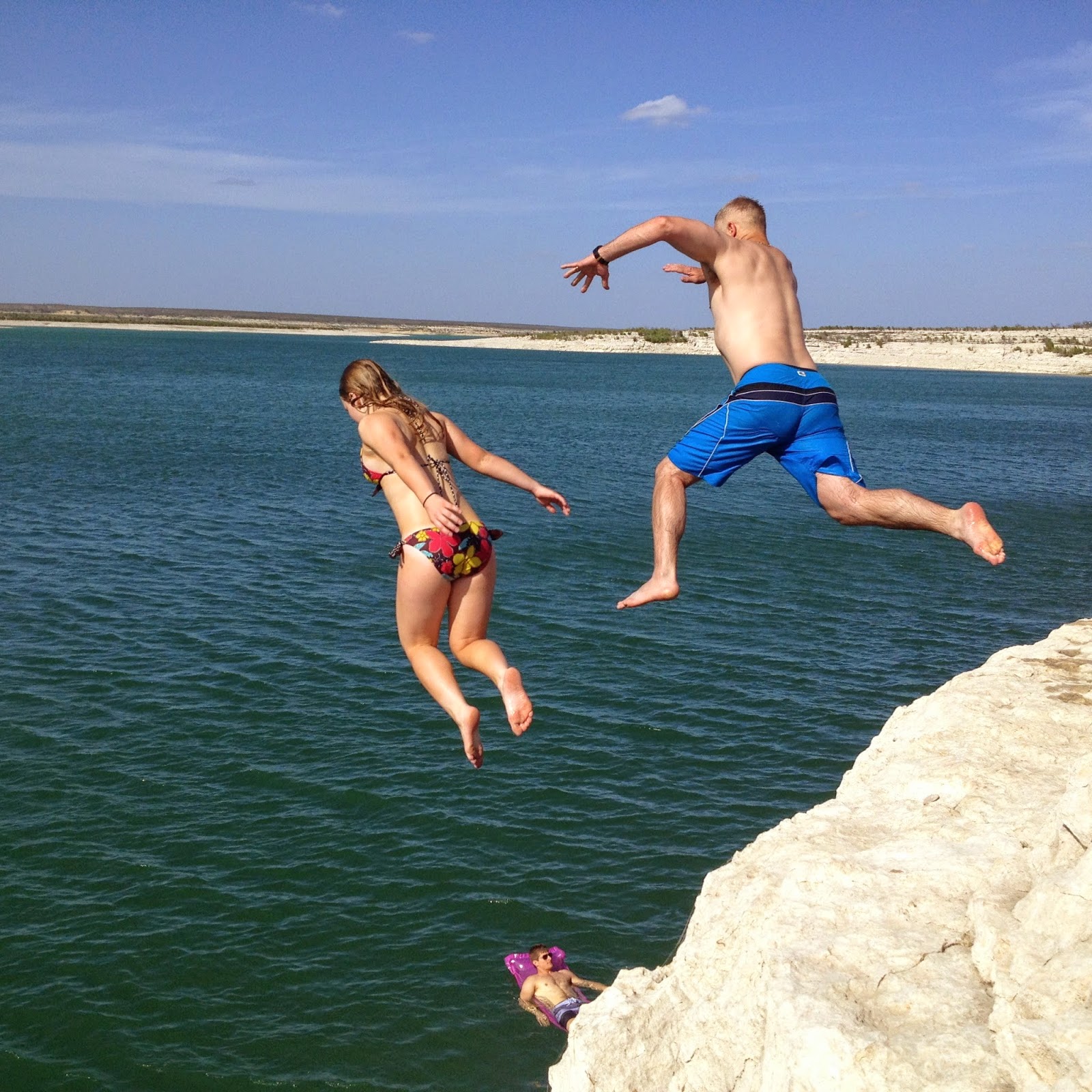 A stone ranch house has recently emerged in the middle of the lake with the low water level and was last high and dry in the 1960's when the lake was created by the building of the Amistad dam. 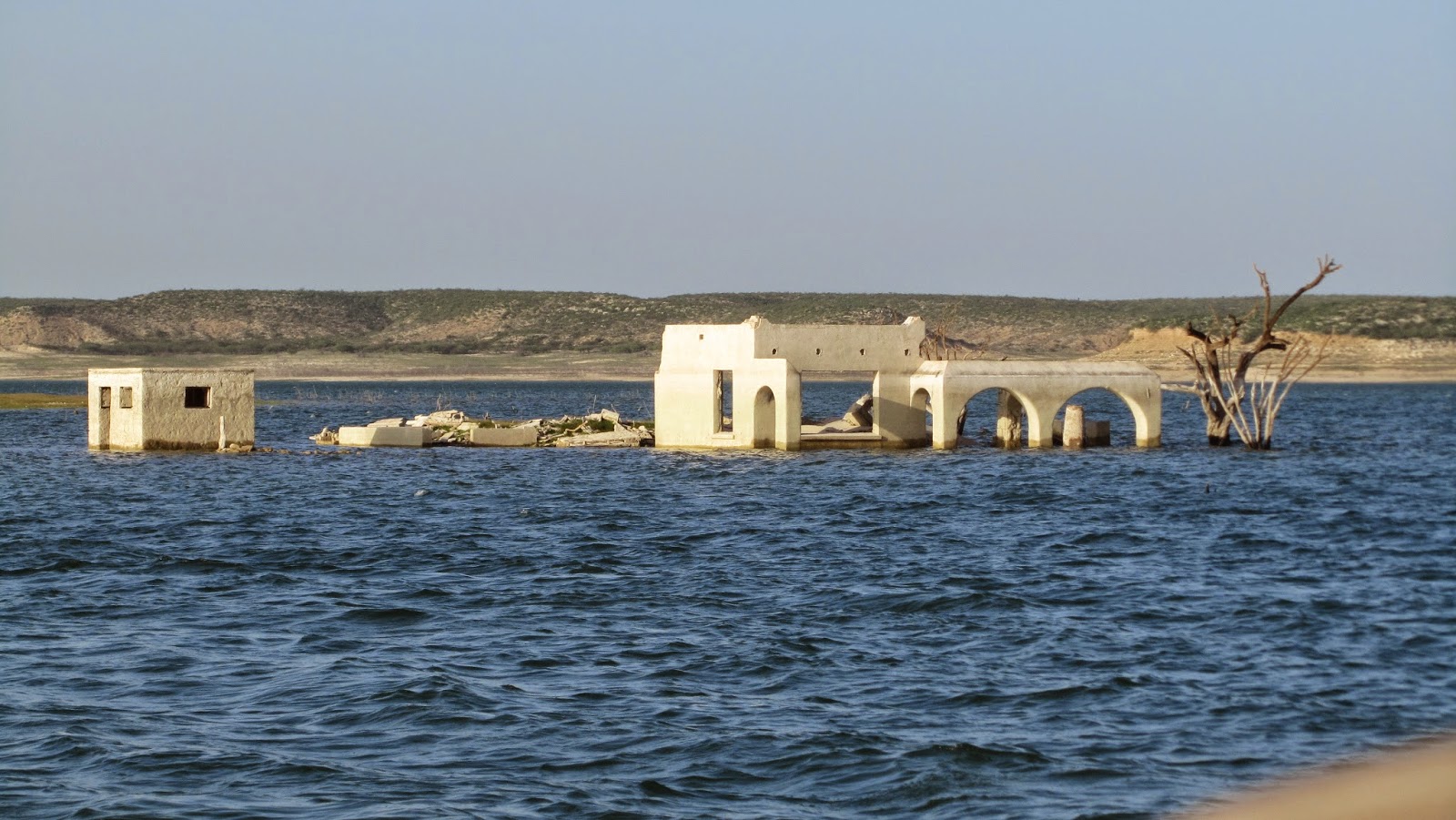 The lake's numerous coves offer great protection from the wind and great locations for skiing, wakeboarding and tubing.. 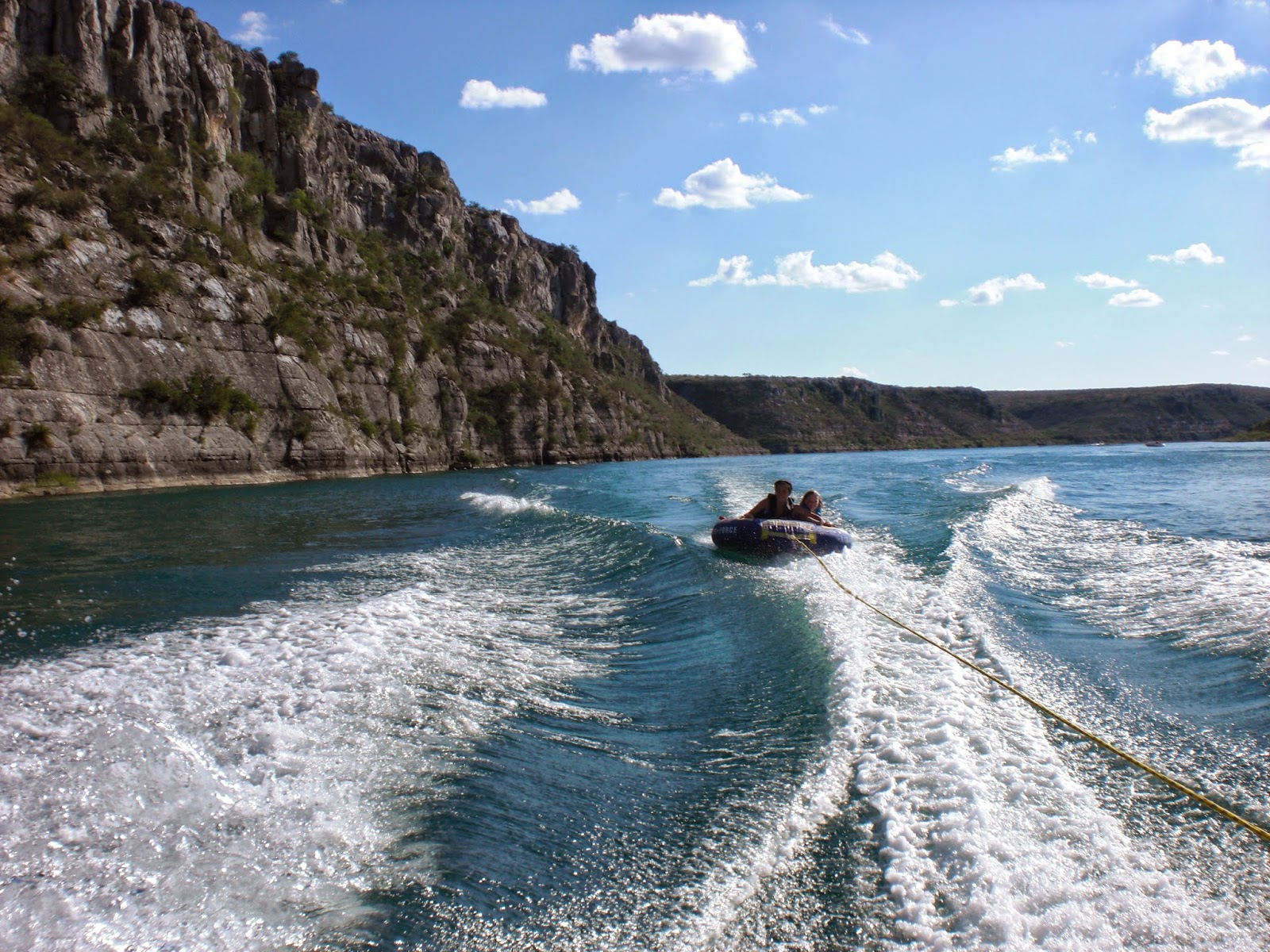 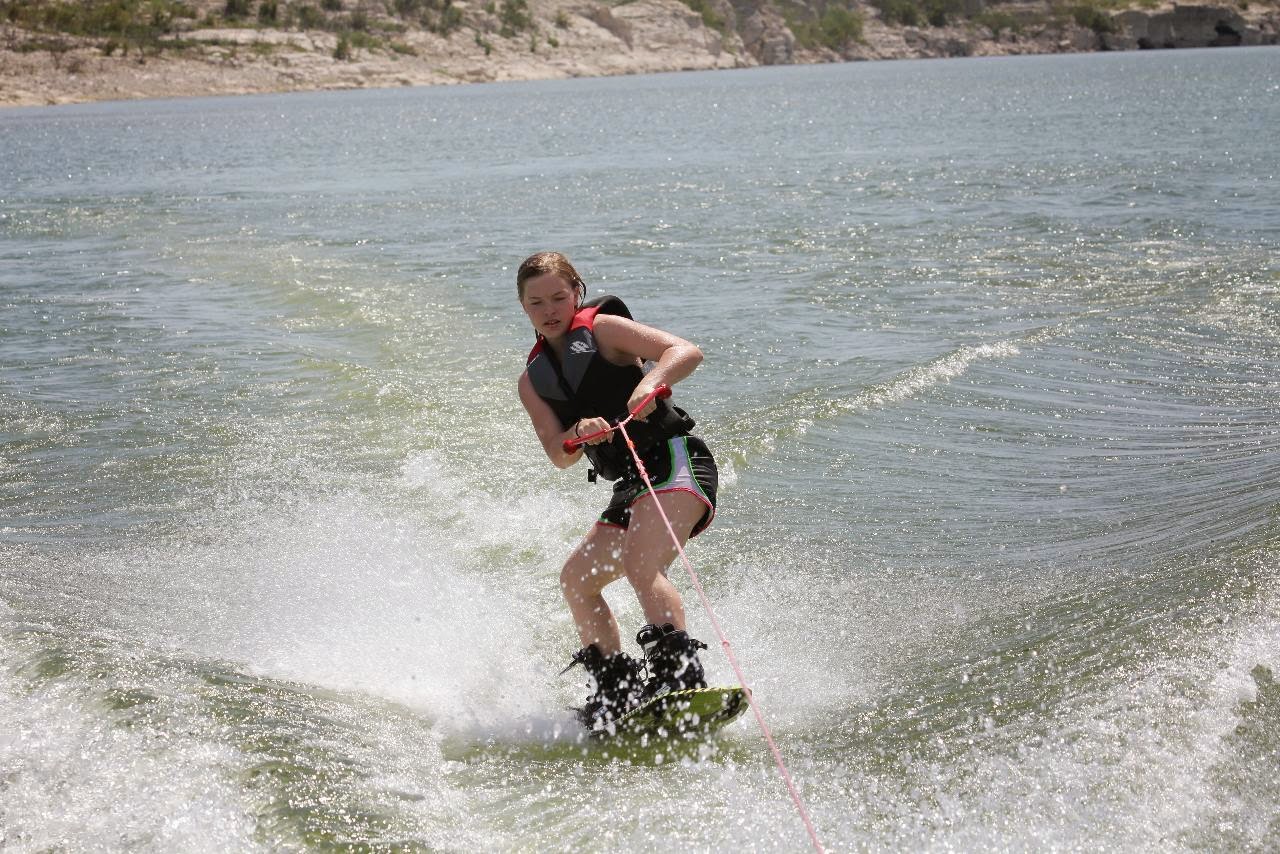 The Devil's and Pecos Rivers North of Lake Amistad also offer some of the best kayaking in the state and the Devil's River is the cleanest and clearest lake in the state, flowing underground in stretches through limestone rock.  I've done several 3-4 day remote Devil's River Kayak trips over the years, camping out of the kayaks, with no phone service, takeouts or civilization for days. The Devil's is the most unspoiled river in the state as well, with no industry, communities or farming along it's route and springs bubble up all over the river. It is so clean, on each trip we brought water filters, but never used them and simply refilled our water containers from the springs we passed. 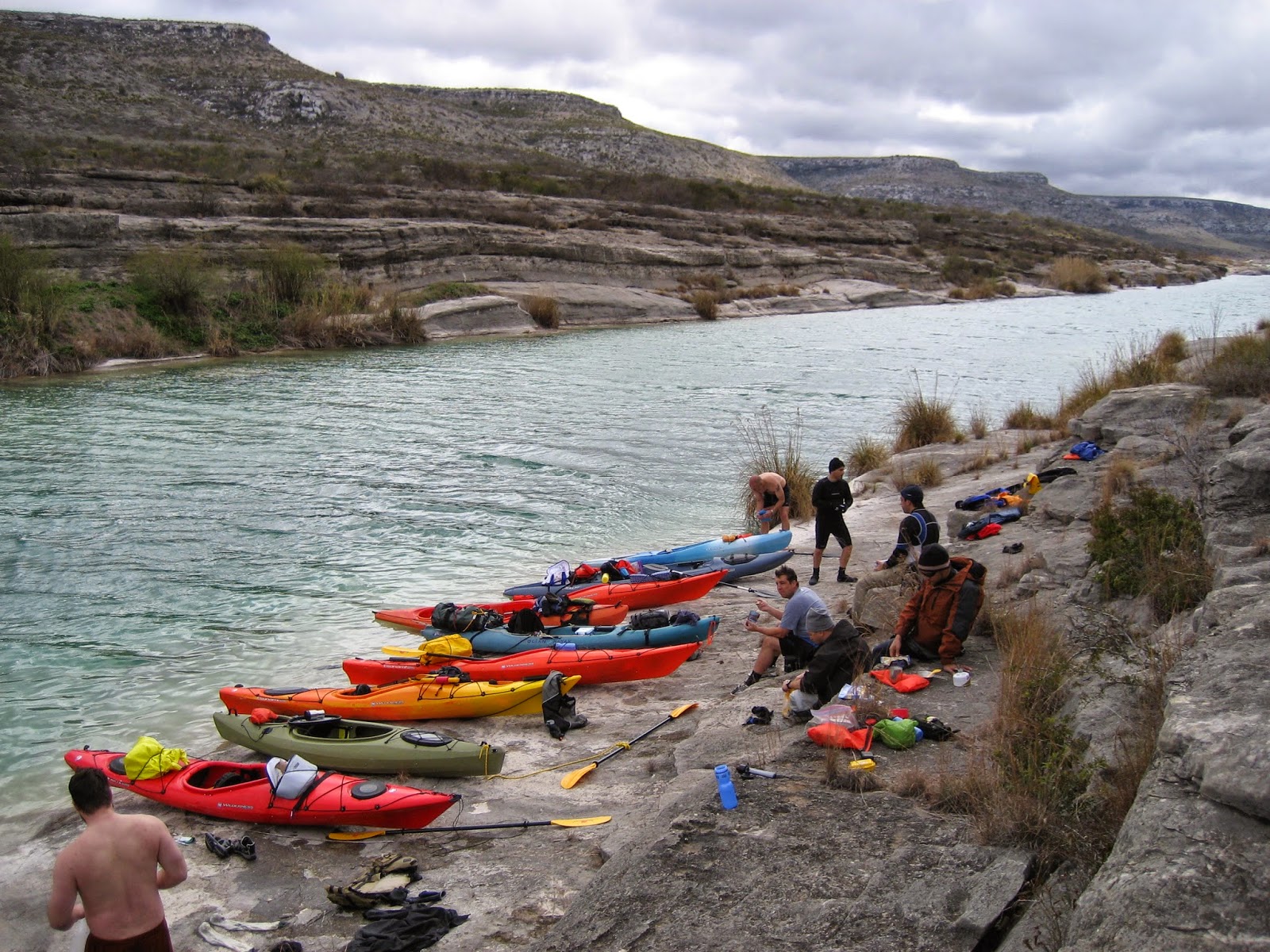 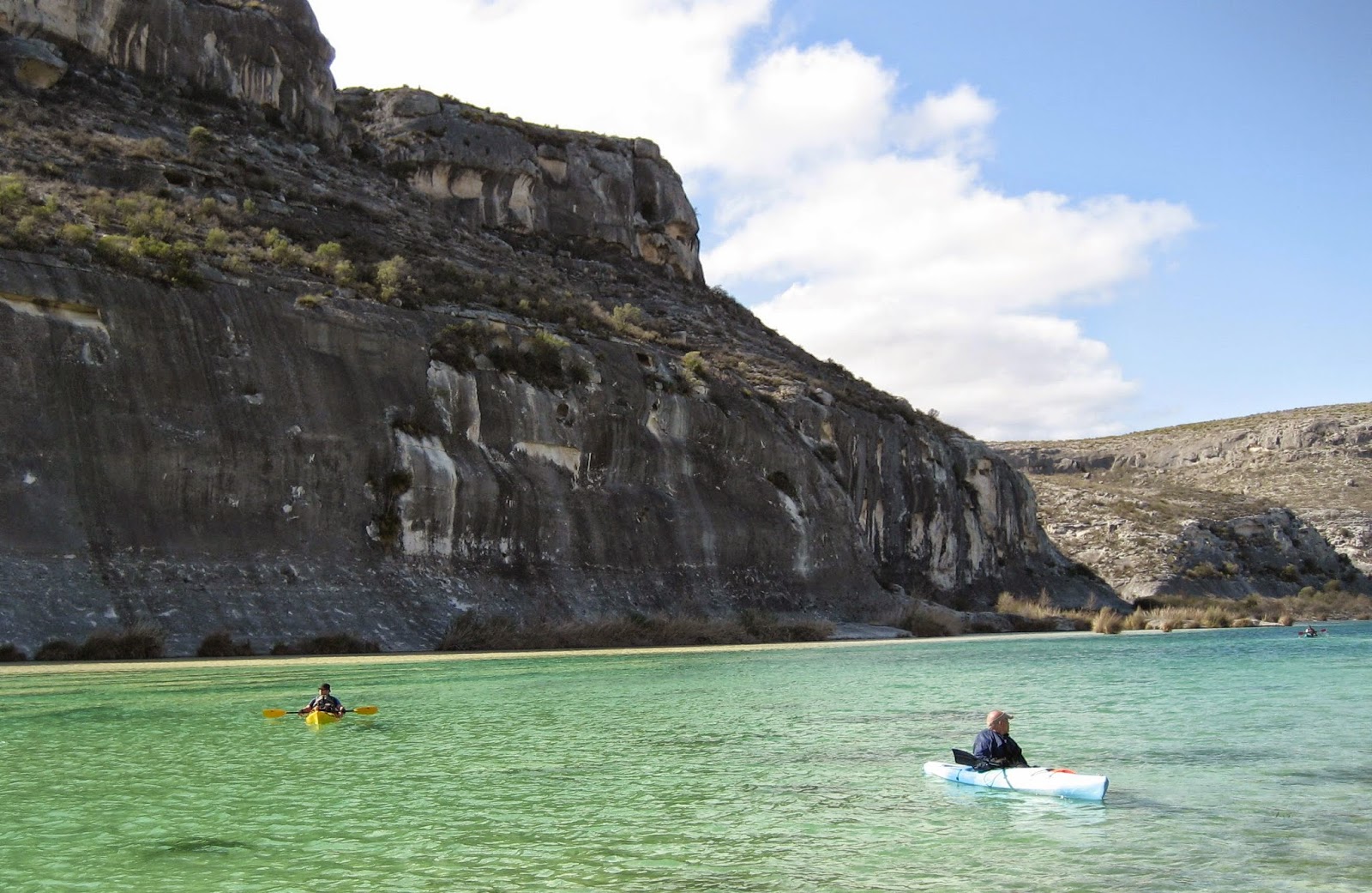 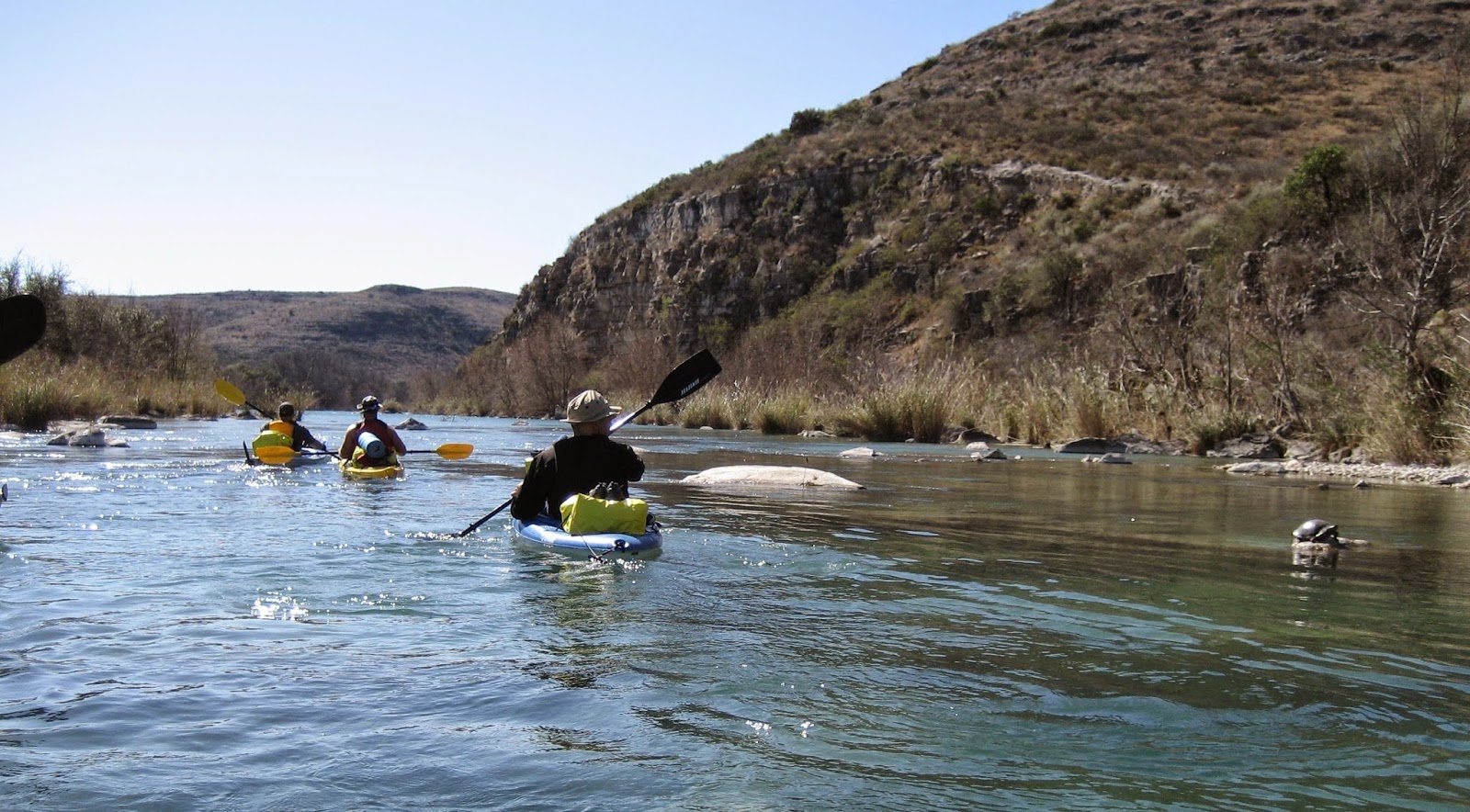 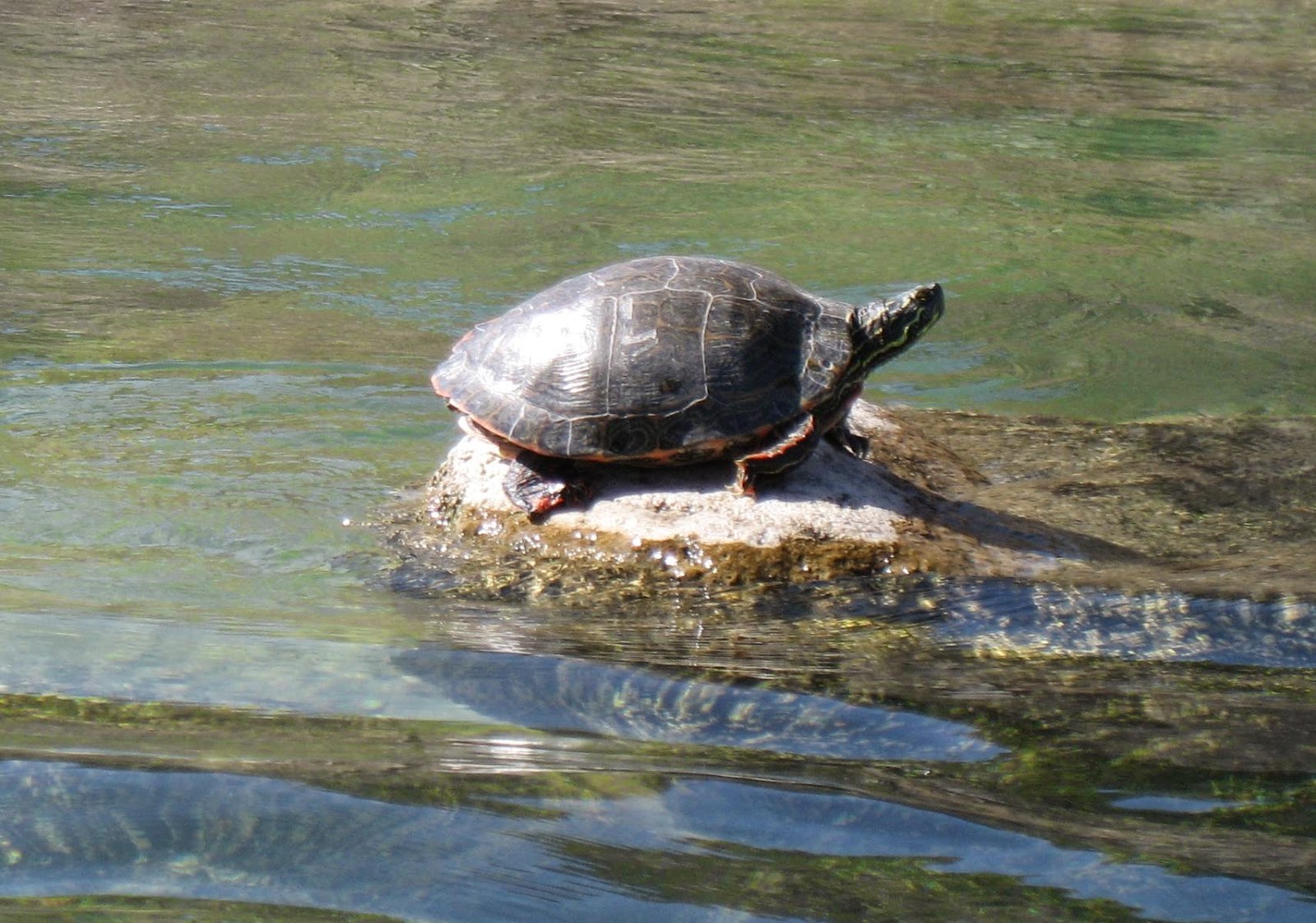 The river happens to have some of the best whitewater in Texas, up to Class 5 whitewater as well.. 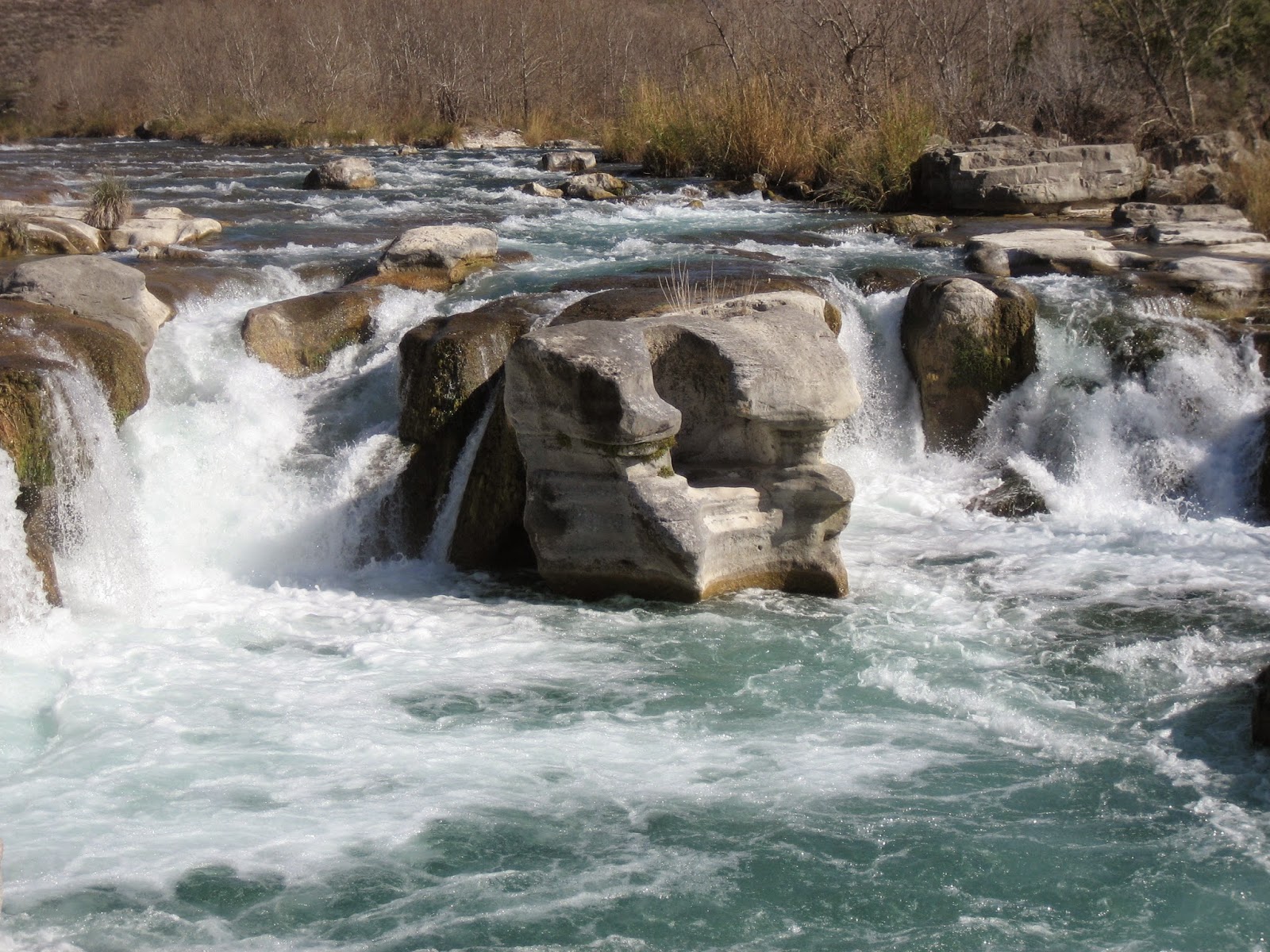 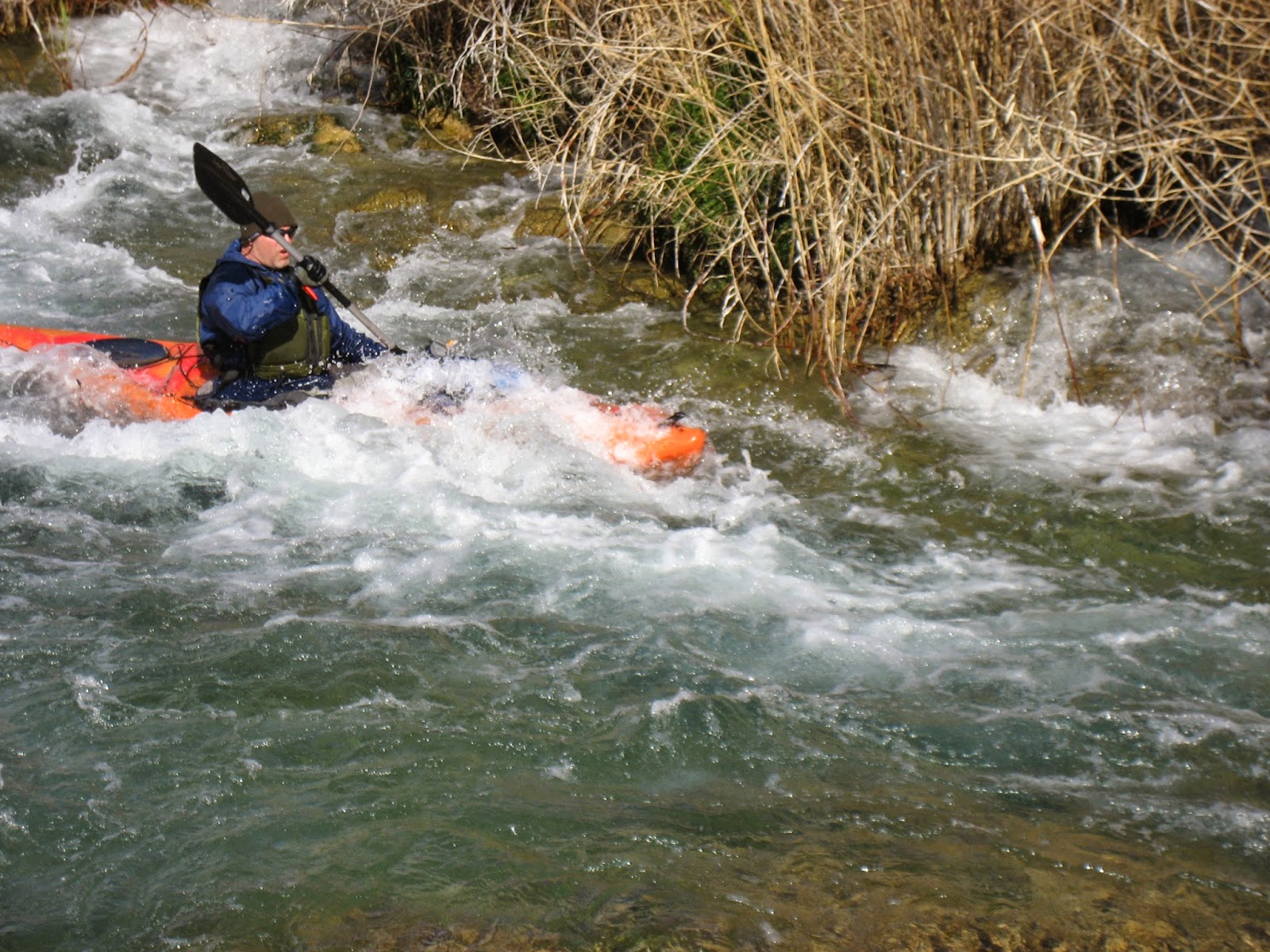 Some of the boulder-garden rapids are particularly challenging and it's not uncommon to see empty kayaks at the end of a tricky run. 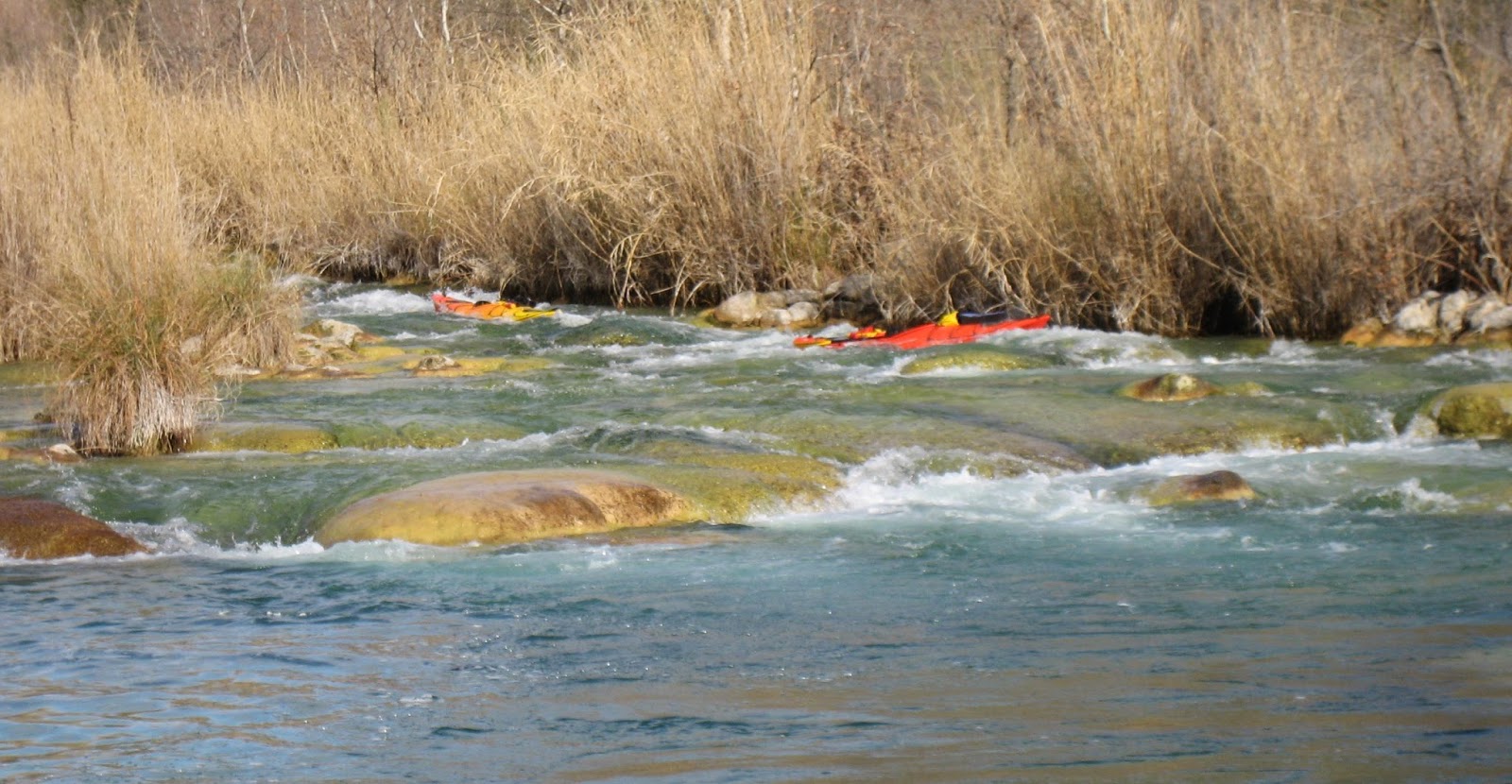 And Prehistoric Indian Pictographs are visible as you paddle beneath the rock shelters that indians lived in thousands of years ago. Archeologists have dated some of these rock shelters, perched high on a cliffsides I'd never try to climb to as old as 3000 BC. 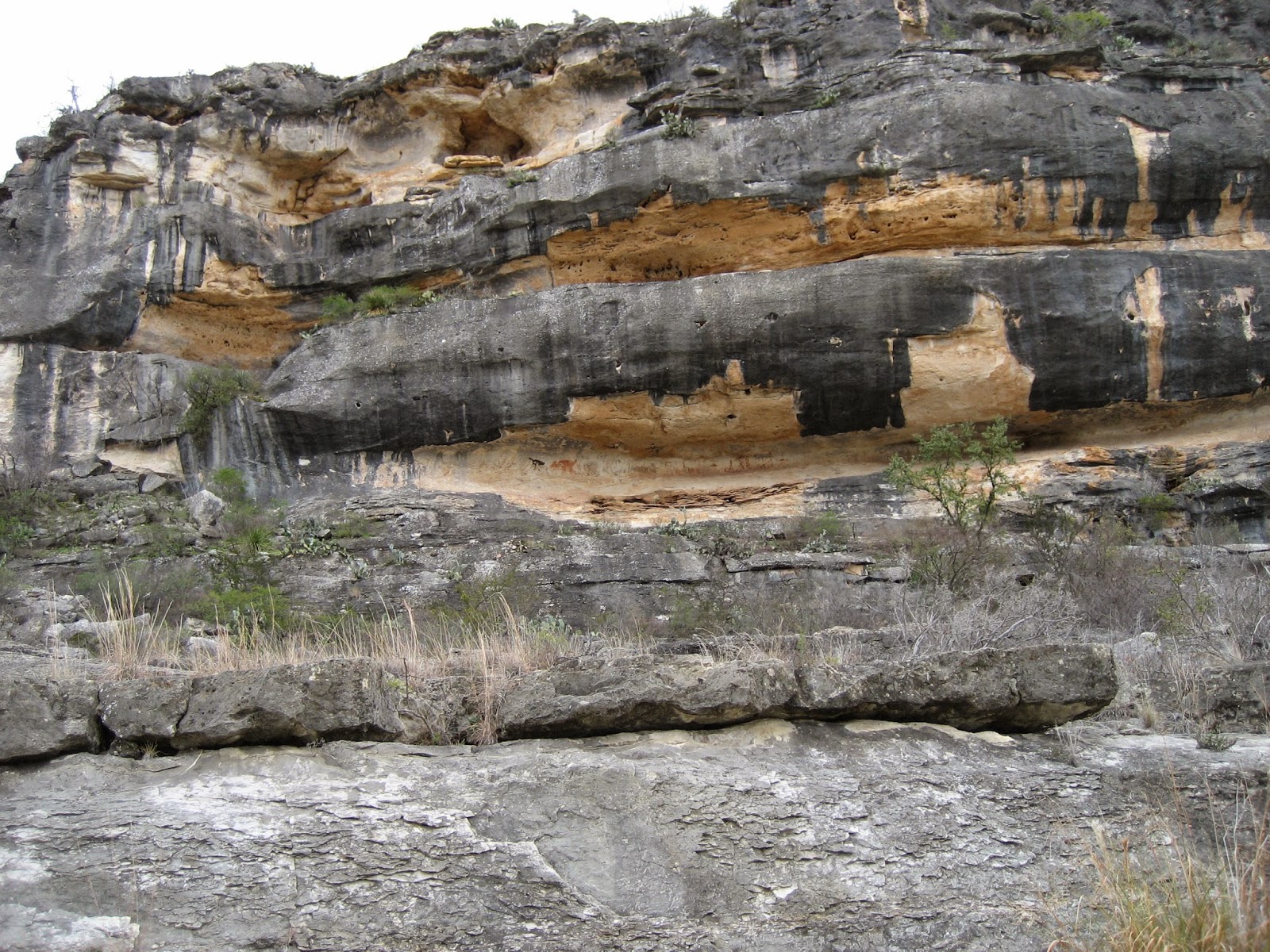 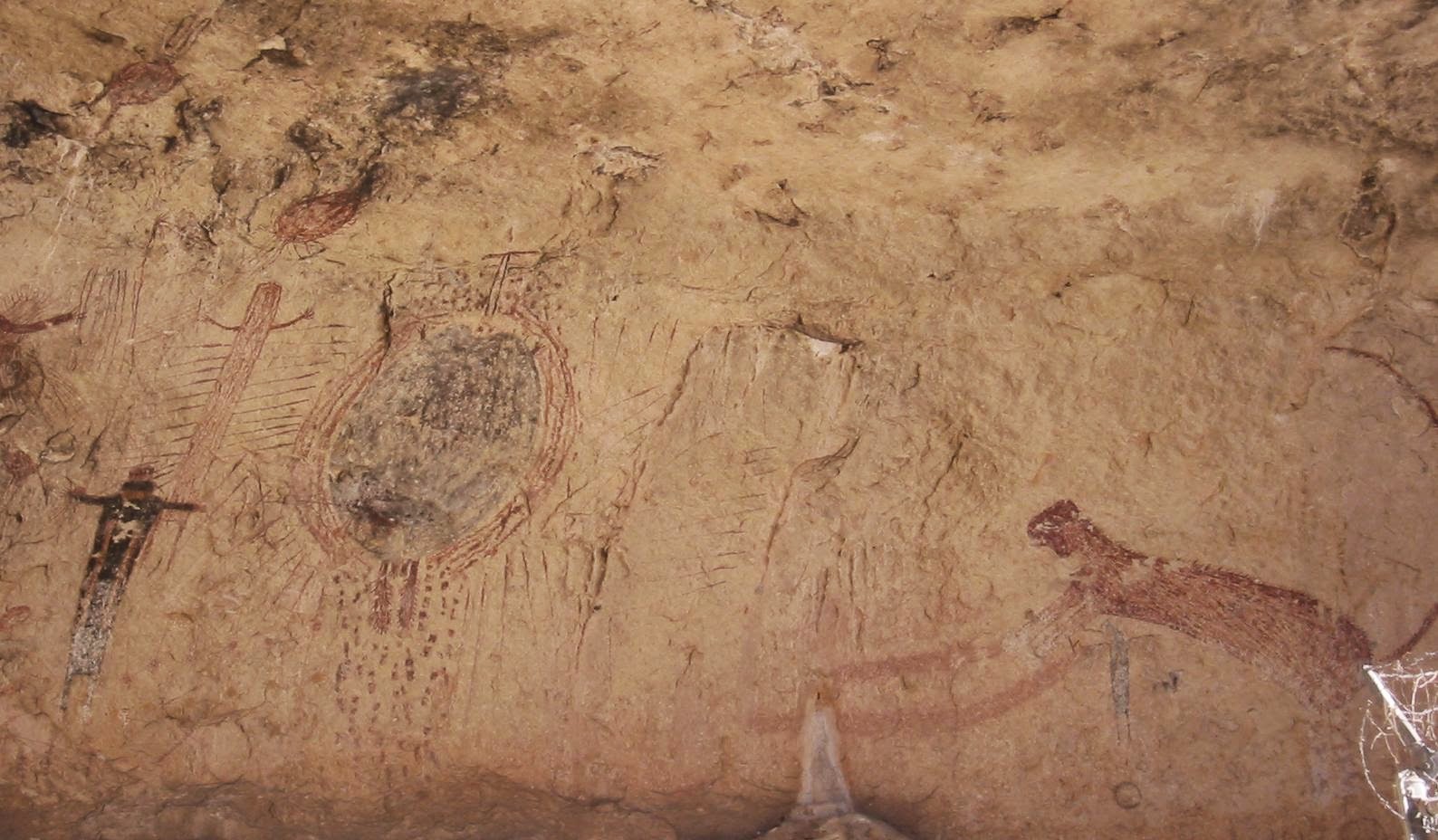 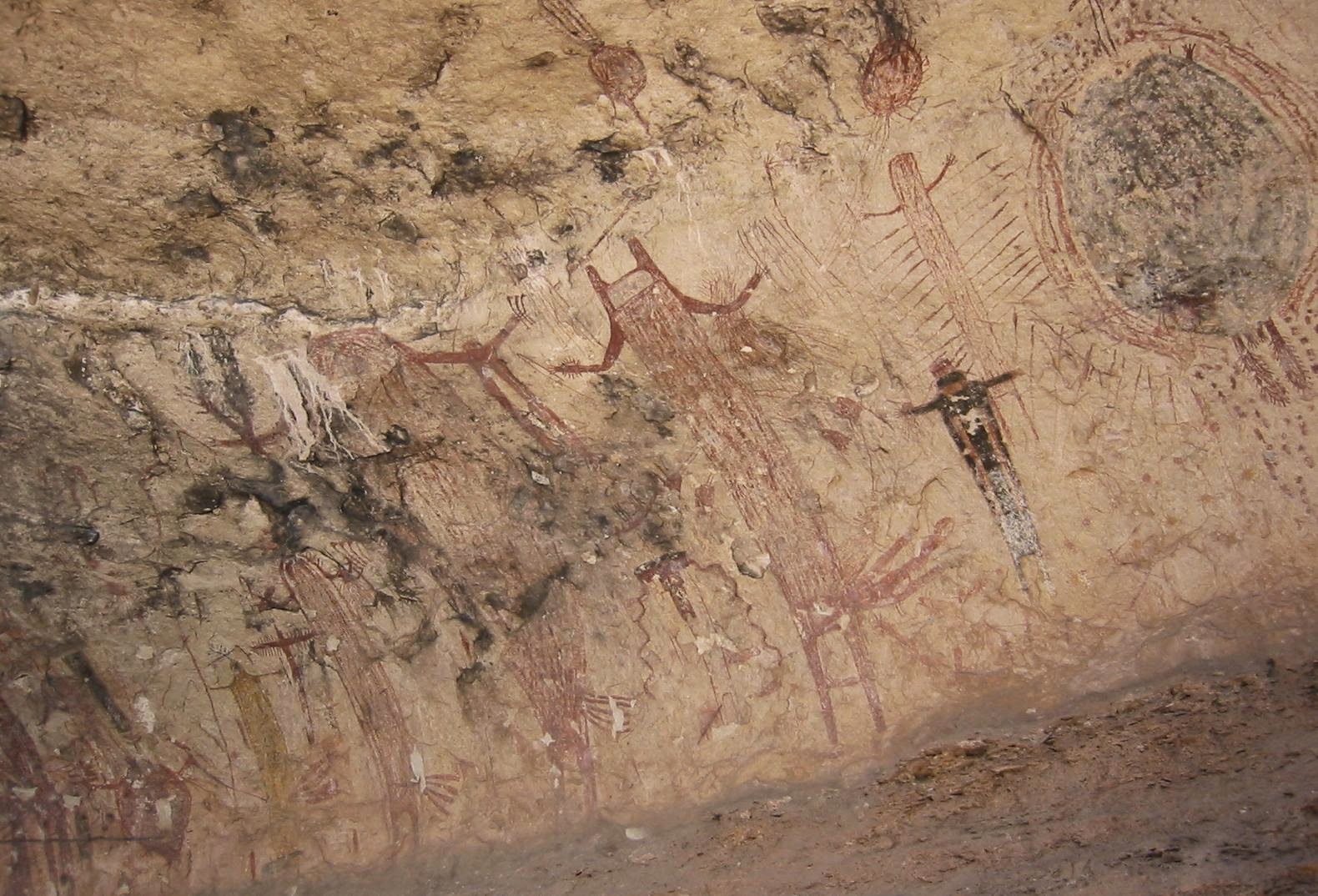 Some are truly impressive and big enough to park multiple greyhound buses inside. 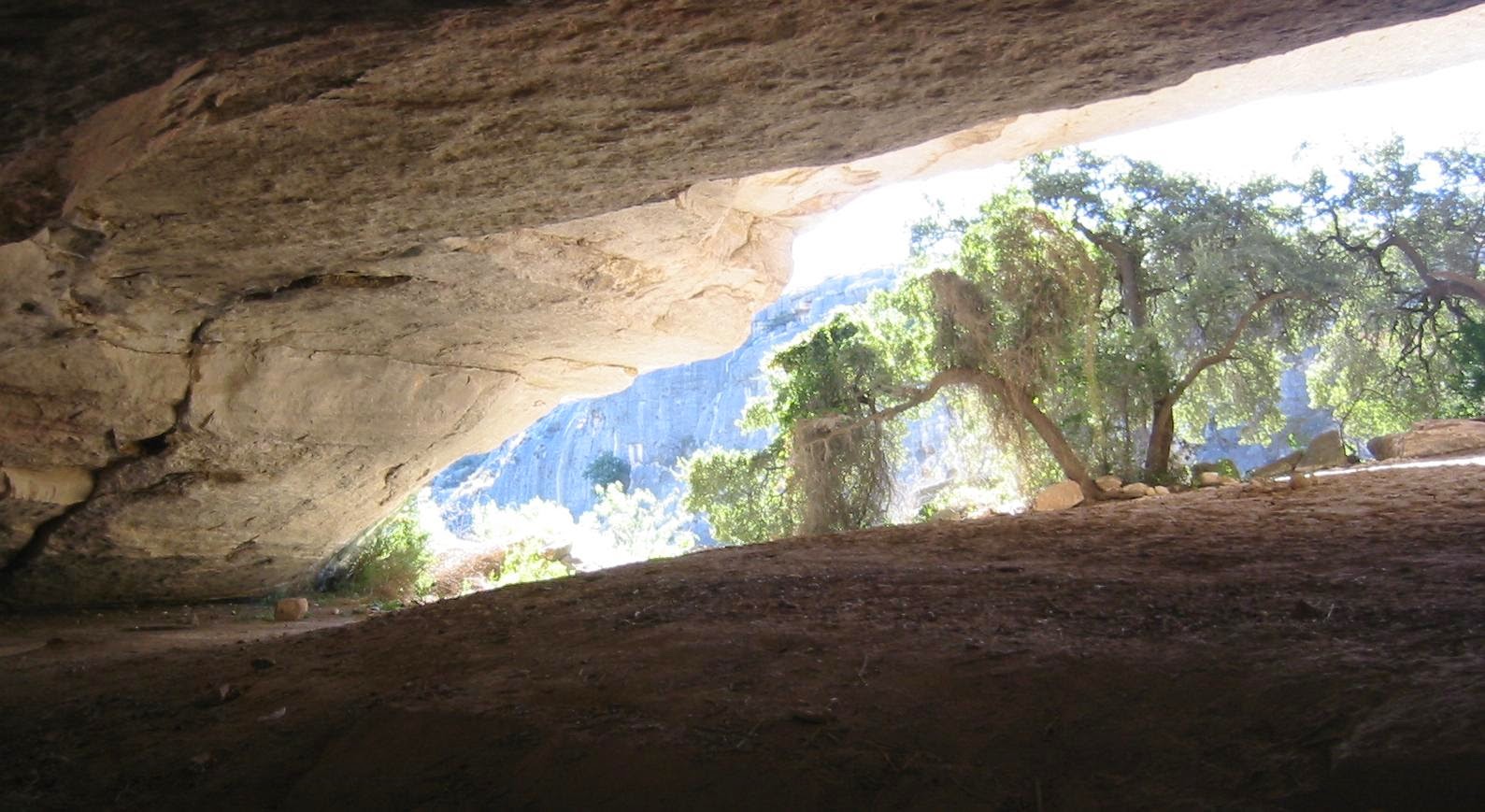